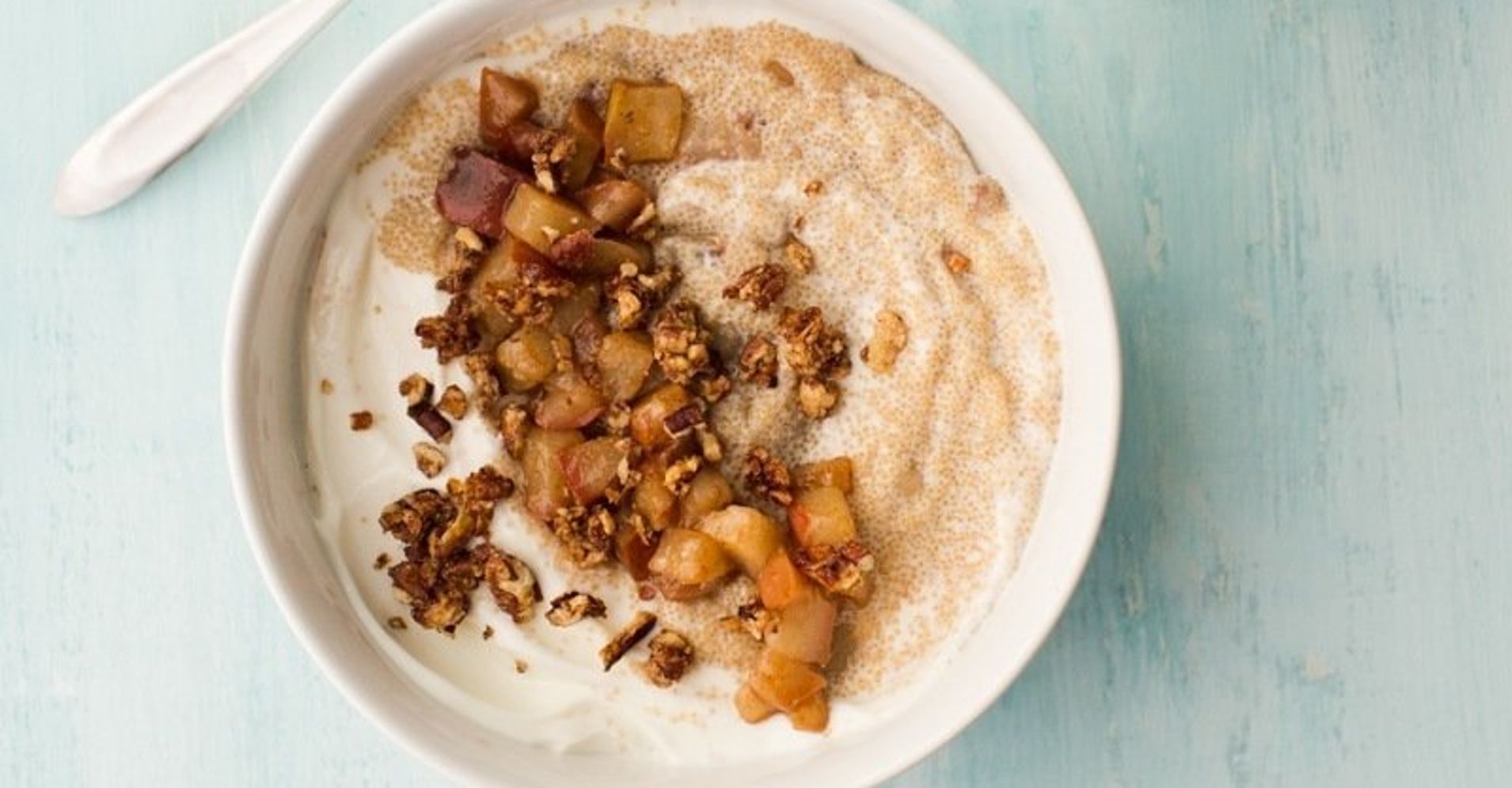 Porridge has a bad rap. Over the years it’s become synonymous with gruel. Gruel — which is basically just watered down porridge — always suggests something gray, bland and terrible. Porridge, however, is none of those things. When made with care, porridge makes a healthy, colorful breakfast bowl that you’ll never get sick of eating. In fact, porridge may even be the greatest invention of mankind, according to DNA researcher Alistair Moffat.

Moffat told the Telegraph that the beginning of farming brought the invention of porridge. Farmed cereal grains were cooked down until they were soft enough to feed babies. Babies’ teeth began getting stronger from eating porridge (and not just drinking milk), meaning that women could stop nursing after 1 to 2 years, as opposed to 4 to 5 years. It also caused an increase in population, because breast-feeding can act as a natural contraceptive. So in a way, porridge changed the entire course of human history.

Millet, amaranth, oats and even quinoa are some of the healthy grains being used to make porridge these days. The grains are flavored with almond and coconut milk, topped with fresh fruit, crunchy nuts and sometimes even peanut butter. These whole-grain bowls are so good, you’re going to want to eat them for every meal of the day. (And you know what? You absolutely can.)

Here are 19 beautiful — and healthy — recipes to get you started.

The Omelet Recipes You’ll Want To Eat For Every Meal

The Breakfast Burritos That’ll Get You Out Of Bed