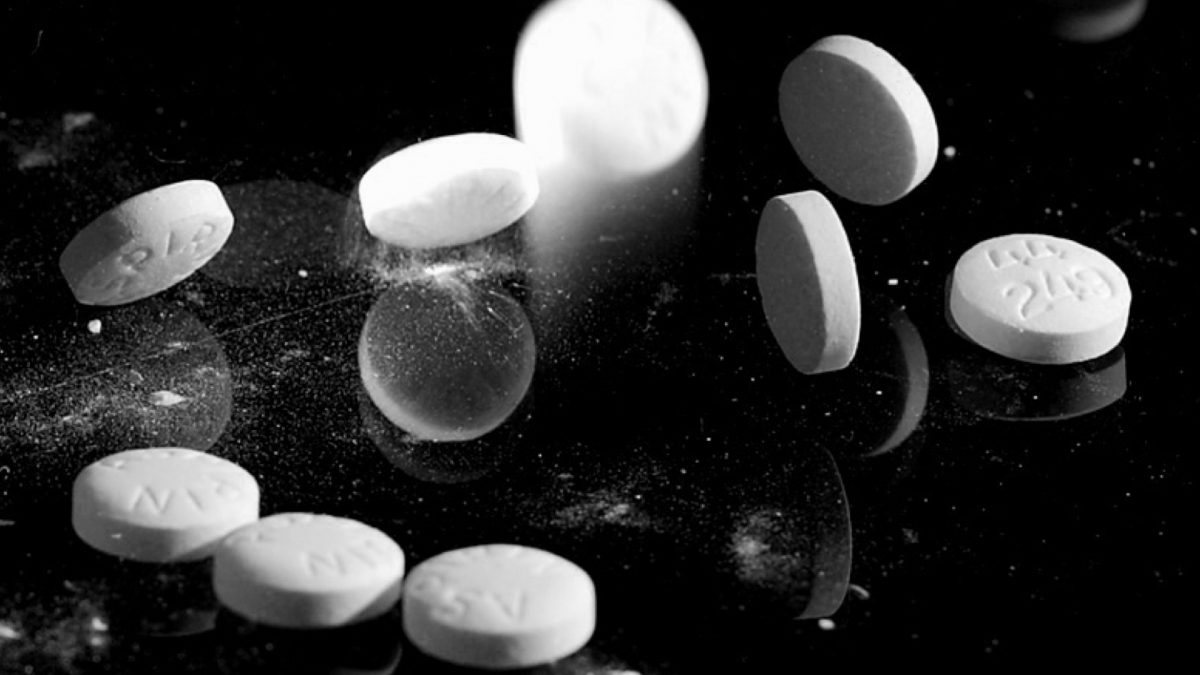 Salicylic acid, the active ingredient in aspirin, has been used for thousands of years as an anti-inflammatory painkiller in the form of willow tree bark extract, which Hippocrates used to “treat fever and to alleviate pain during childbirth.” It became trademarked as a drug named Aspirin™ in 1899 and, to this day, “remains the most commonly used drug in the world.” One reason for its on-going popularity, despite the availability of better painkillers now, is that aspirin also acts as a blood thinner. Millions of people take aspirin on a daily basis to treat or prevent heart disease, which I explore in my video, Should We All Take Aspirin to Prevent Heart Disease?.

It all started in 1953 with the publication of the landmark study “Length of life and cause of death in rheumatoid arthritis” in the New England Journal of Medicine. The paper began with the sentence: “It has often been said that the way to live a long life is to acquire rheumatism.” The researchers found fewer deaths than expected from accidents, which could be explained by the fact that people with rheumatoid arthritis likely aren’t skiing or engaging in other potentially risky activity, but they also found significantly fewer deaths from heart attacks. Why would this be? Perhaps all the aspirin the subjects were taking for their joints was thinning their blood and preventing clots from forming in their coronary arteries in their heart. To find out, in the 1960s, there were calls to study whether aspirin would help those at risk for blood clots, and we got our wish in the 1970s: studies suggesting regular aspirin intake protects against heart attacks.

Today, the official recommendation is that low-dose aspirin is recommended for all patients with heart disease, but, in the general population (that is, for those without a known history of heart disease or stroke) daily aspirin is only recommended “when the potential cardiovascular [heart] disease benefit outweigh the risk of gastrointestinal bleeding.”

The bleeding complications associated with aspirin use may be considered an underestimated hazard in clinical medical practice. For those who have already had a heart attack, the risk-benefit analysis is clear. If we took 10,000 patients, daily low-dose aspirin use would be expected to prevent approximately 250 “major vascular events,” such as heart attacks, strokes, or, the most major event of all, death. However, that same aspirin “would be expected to cause approximately 40 major extracranial bleeding events,” meaning bleeding so severe you have to be hospitalized. Thus, the net benefit of aspirin for secondary prevention—for example, preventing your second heart attack—“would substantially exceed the bleeding hazard. For every 6 major vascular events prevented, approximately 1 major bleeding event would occur; therefore, the value of aspirin for secondary prevention is not disputed.”

If we instead took 10,000 patients who hadn’t ever had a heart attack or stroke and tried to use aspirin to prevent clots in the first place, that is, for so-called primary prevention, daily low-dose aspirin would only “be expected to prevent 7 major vascular events and cause 1 hemorrhagic stroke [bleeding within the brain] and 3 major extracranial bleeding events.” So, the benefits are approximately only 2 to 1, which is a little too close for comfort. This is why the new European guidelines do not recommend aspirin for the general population, especially given the additional risk of aspirin causing smaller bleeds within the brain as well.

If only there were a safe, simple solution free of side effects…and there is! Drs. Ornish and Esselstyn proved that even advanced, crippling heart disease could not only be prevented and treated, but also reversed, with a plant-based diet centered around grains, beans, vegetables, and fruits, with nuts and seeds treated as condiments, and without oils, dairy, or meat (including poultry and fish).

Long-time director of the longest-running epidemiological study in the world, the famous Framingham Heart Study, “Dr. William Castelli was asked what he would do to reverse the CAD [coronary artery disease] epidemic if he were omnipotent. His answer: ‘Have the public eat the diet of the rural Chinese as described by Dr. T. Colin Campbell…’” In other words, “‘If Americans adopted a vegetarian diet, the whole thing would disappear,’ Castelli says of the heart disease epidemic.”

Did you know preventing heart disease and stroke aren’t the only benefits of an aspirin a day? A daily aspirin may also decrease the risk of certain cancers. In that case, should we take an aspirin a day after all? See Should We All Take Aspirin to Prevent Cancer? and Plants with Aspirin Aspirations.

For more on preventing, arresting, and reversing heart disease, see:

PS: If you haven’t yet, you can subscribe to my free videos here and watch my live presentations:

What Not to Do When You Handle Receipts

Last day to register for next webinar!