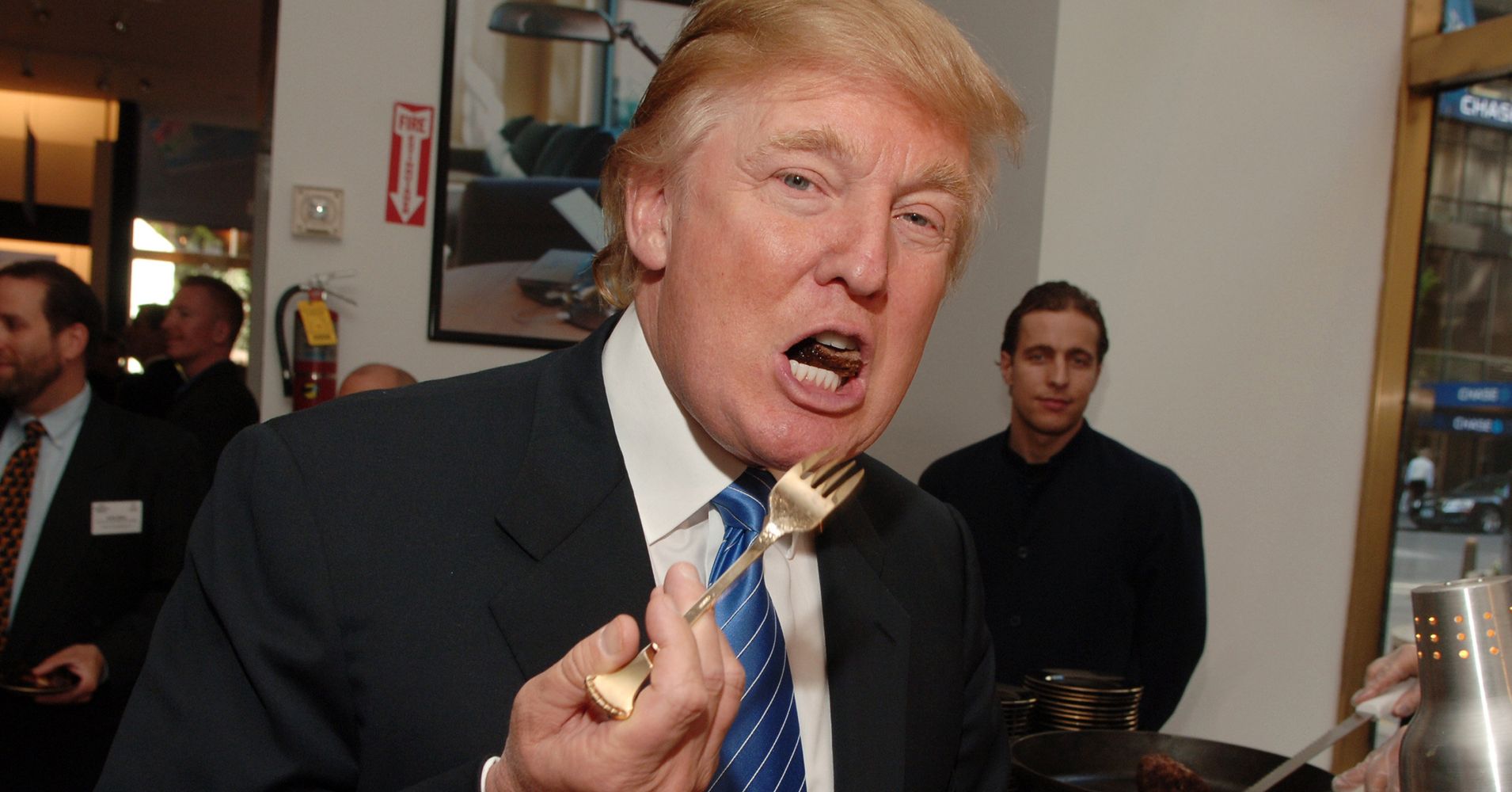 But many people replied to the Saturday tweet by saying they’d rather go hungry than attend the RNC’s Annual Spring Retreat Dinner in Palm Beach, Florida, in March with Trump.

It offered one person the chance to win transportation, accommodation and a ticket to the Florida bash, and invited people to donate to the RNC in exchange for entry into the sweepstakes. The small print, however, contained another link which allowed people to enter before 11:59 p.m. ET on Sunday for free.

The RNC valued the prize at $3,000, but some folks on Twitter “barfed” at the offer:

Laced with botulism, salmonella, and e-coli of the mind and heart. No thank you.

You couldn’t pay me to dine with him!

Wouldn’t even if I were starving to death. I have these things unknown to you Mr. Trump. Called dignity and respect.

Dinner with trump under the Golden Arches?
No thanks! 🤮

🤢🤢🤮🤮🤢🤮🤮🤢🤢 Dinner with Trump sounds Absolutely Nauseating. I’d rather have hot pokers in my eyes.

I’d rather eat gas station sushi with raccoons and feral cats than eat dinner with our pathological,repugnant @potus.

Only if he’s eating crow, and plenty of it.

10 Recipes That Are Perfect For The Instant Pot