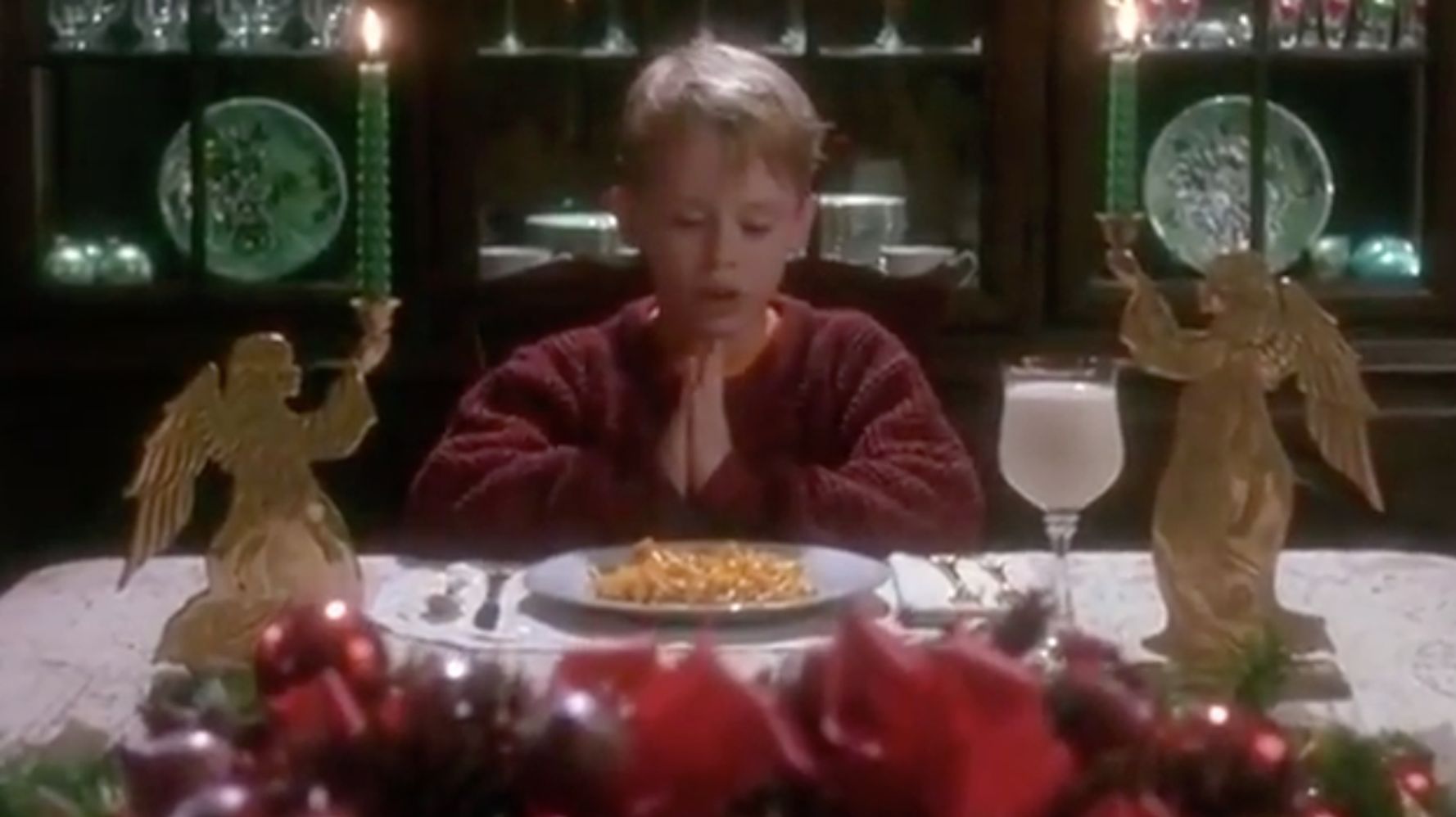 The holiday season has arrived, which means you’re busy either preparing a big meal, eating a big meal or enduring the discomfort of finishing off a big meal.

Let us ease the digestion with some classic scenes from iconic holiday movies. While the passing days will be marked by an overabundance of food, only some of those meals will be winners. The same goes for the delicacies that your favorite characters enjoy.

Here is a breakdown of the most appetizing scenes of the season:

Most of us have been drunk enough to eat an entire salmon in a Santa costume. It just so happens that life hardly affords you the opportunity to have a Santa costume on while you are in possession of said salmon.

Louis Winthorpe shows us all in vivid detail what rock bottom looks like. And while it doesn’t look all that good, it probably tastes a little worse.

The good news is that cousin Eddie is impressed with how the turkey came out. Unfortunately, everyone else is busy passing the gravy boat.

But let’s be honest: It’s either eat the dry turkey or see what’s up with Aunt Bethany’s Jell-O.

Actually, veal cutlets are now going for upward of $20 a pound. That’s enough to make you cry.

So many questions: How does Colin “God of Sex” not know the chef for which he was hired? How early in the day was this wedding? What kind of caterer just stands in the corner with a forlorn look as she judges the people eating her pitiful excuse for celebration food?

And, lastly, what is on that platter? The only thing we have to go by is the quick glimpses of the food as well as Colin’s eloquent descriptions: “Looks like a dead baby’s finger.”

We would all be so lucky to have a ruined dinner turn out to become the one holiday meal that leaves an indelible mark years later. But perhaps less smiling on our main course.

There are people out there who don’t like the taste of eggnog. I call these people wrong.

The only thing missing from my own home is the confidence to put a bowl of the stuff out for everyone to enjoy. It would grant me easy access if the boss ever stiffs me over a holiday bonus.

Would you regret it for the rest of the day? Sure. Would you vow never to tell anyone you tried it? Possibly. Anyone who has watched “Elf” scoffs at this candy spaghetti with maple syrup, but deep down wants to take it for a test drive.

There is nothing more entertaining than watching someone enjoy one of their passions in life. And Ralphie’s dad had no greater passion than roast turkey.

Even if you only semi-enjoy this particular cooked bird, there’s no denying the mood-altering aroma that tantalizes from the kitchen all day. It’d be a shame if the neighbor’s dogs destroyed the meal.

Maybe it’s the fancy dishes he’s using. Or maybe it’s the gilded cutlery. It could be because it simply looks like the best microwaved mac and cheese I’ve ever seen.

Regardless, it pains me to no end that Kevin never gets to enjoy one bite of this carefully executed meal as the clock strikes nine.

Minced pies, turkeys and is that an entire barrel of wine in the background? The Ghost of Christmas Present knows how to get down.

And there’s something about cartoon food that looks so delicious. The butter is always more substantial. The fruit looks somehow juicier. Oh, and in this case, there’s a literal glow around the food. And one day, I will try the chocolate pot roast with smismashiohs.

I’ve never ordered something so perfectly that a person at another table beckoned the waiter over to demand that they have what I am having. Then again, I’ve never had a very public and emphatic climax like the one depicted in “When Harry Met Sally.”

I have, however, been to Katz’s and am not ashamed to say that if any food warranted such a display, it would be the deli’s pastrami sandwiches.

And yes, “When Harry Met Sally” is a holiday movie, as several important moments take place over a couple of Christmas and New Year’s Eve holidays. Also, it features Ray Charles’ “Winter Wonderland,” making it about as holiday-y as eggnog lattes.

Kick up your feet, relax and enjoy the thought that your family forgot all about you not once, but twice during your formative years. Thankfully, Kevin brought along enough street smarts to squeeze a decent vacation out of an otherwise unfortunate situation.

There is an ice cream scene in “Home Alone,” but this one is the ice cream sundae fever dream of your youth.

There are three cakes at the foot of the bed, but the showstopper is the mounds of ice cream being professionally doled out. Ah, to be young and without the anxiety of late-night heartburn!

Based purely on childhood fantasies, you can’t get more on the nose than taking a train to see the jolly ol’ guy in the North Pole while being treated to the best cup of cocoa on Earth.

Unfortunately, you have to muddle through the uncanny valley of “The Polar Express” to get there. But if you’re willing to sit through two hours of wondering why Tom Hanks is suddenly creeping you out, you will find that certain parts of this movie are downright enjoyable.

And the scene with the hot chocolate will have you rummaging through your kitchen for marshmallows to put on your own home version.

Do you remember when you were a kid and your parents miscounted their children and forgot you completely, leaving you to fend for your own safety against a couple of bumbling burglars? Well, it happened to Kevin McCallister. Twice.

While once would have been enough for permanent emotional scars and at least a text message to child protective services, twice is enough to apparently get a pirate’s haul of gifts, thanks to Mr. Duncan.

In any case, tucked away in this second romp is the most delicious example of filmmaking ever captured. It encapsulates every last fantasy we had as children: an entire pizza, Coca-Cola at the ready and a limo ride to the most impressive toy store imaginable.

Kevin comes down the steps of The Plaza on a crisp winter day to be greeted by an enormous pie capped off with the promise of a burst of steam. I don’t care where they got that pizza from or that it’s only cheese. That pizza right there is the best pie in the world.